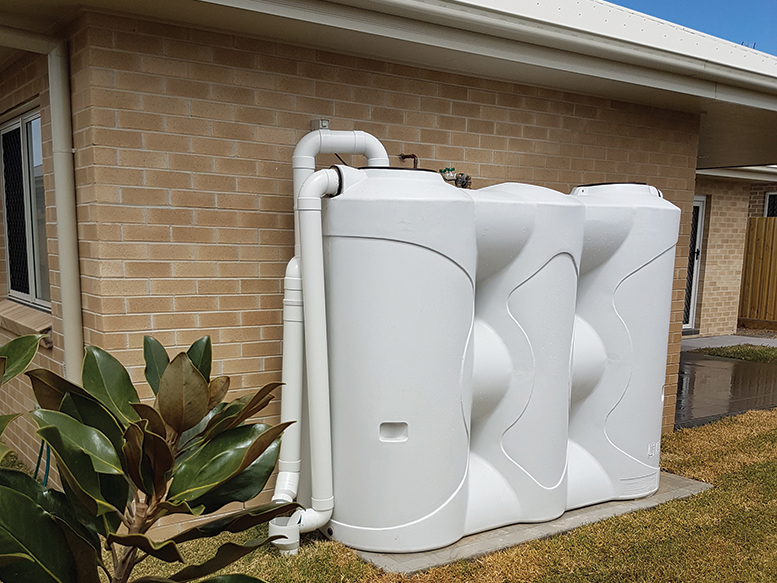 Water is essential to human existence and to the ecosystem that supports us. It is essential that water resources are managed effectively to ensure that high-quality and plentiful water will be available for future generations to use and enjoy.

Despite being the driest inhabited continent in the world, among developed countries, Australia has the third highest per capital withdrawal of water after the USA and Canada.

One of the concepts used in assessing water usage is termed virtual water consumption. Virtual water is the amount of water that is embedded either directly or indirectly in all the food, products and services used to support our way of life. For example, eat a kilogram of steak and you have consumed 16,000L of “virtual water”, a bag of potato chips is 185L and an apple is about 70L.

Australia’s limited and unpredictable rainfall is being exacerbated by climate change which has disrupted rainfall patterns and resulted in many parts of the country receiving less rain.

With a growing population increasing demand and potentially decreasing supply, it is the responsibility of every Australian to play his and her part in securing the country’s water future.

Fortunately, Australian’s are getting better at using less. The shower, toilet and laundry account for over 80% of household water consumption and all ‘front of wall’ plumbing equipment – taps, showers and toilets, as well as whitegoods such as dishwashers and washing machines are rated and labelled for water efficiency.  As more water efficient products replace older less efficient products, household water consumption is reduced.

In addition, Australian’s are becoming increasingly water-wise at home and are adopting better practices such as not letting the water run needlessly when washing dishes or brushing their teeth, taking shorter showers, collecting water in showers and fixing leaking taps.

In their gardens, many Australian’s are favouring drip irrigation systems, buried soaker hoses or watering by hand instead of wasteful sprinklers.

Perhaps the biggest opportunity for reducing household water consumption is the installation of a rainwater harvesting system. Today, an estimated 25% of Australian homes collect and store rainwater for domestic use, contributing around 177 billion litres to residential water supplies.

Rainwater collected from a well-designed harvesting system can be suitable for all domestic uses. While different uses require different levels of treatment, the more uses, the greater the savings in mains water. A typical strategy is to use rainwater for the garden and some indoor uses such as toilet flushing, clothes washing and even showering, while sourcing drinking water (which requires the highest level of treatment) from a mains water supply.

Even with irregular rainfall, for many householders in regional New South Wales, a well-designed system with a 10,000L water tank can satisfy three-quarters or more of their total household water needs.

To get the most out of your rainfall, you need to create a rainwater harvesting system that allows you to capture and store rainwater that would otherwise be discharged into the stormwater drainage system and lost.

If you want to create an effective rainwater harvesting system, talk to our expert team to find out how we can help you. Call our team on 1800 816 299 or email sales@rapidplas.com.au with your enquiry.